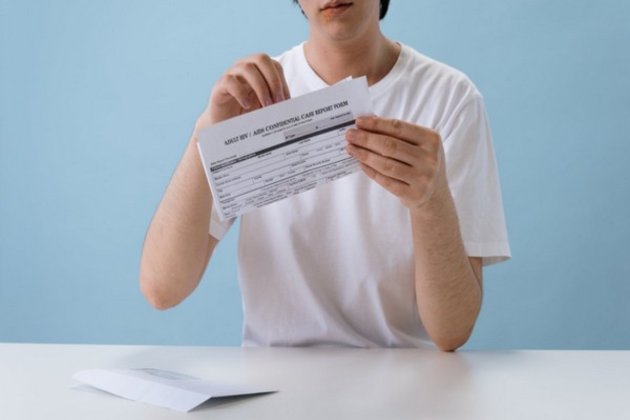 Mansfield (Connecticut) [US], January 26 (ANI): Herpes simplex virus is a contagious virus that can be transmitted from person to person through direct contact. Children will often contract HSV-1 from early contact with an adult who has an infection. They then carry the virus with them for the rest of their lives.

A new study published in ‘mBio’, an open-access journal of the American Society for Microbiology, has opened the door to a new approach to attacking herpesviruses.

The study demonstrated that targeting 2 metal ion-dependent enzymes of human herpesviruses with 2 compounds, AK-157 and AK-166, can inhibit the replication of the virus. The finding provides new opportunities to develop agents against herpesviruses.

“A lot of people know the herpes simplex viruses, but there is actually a family of 9 different herpesviruses including cytomegalovirus (CMV) which causes a lot of problems for immunocompromised people, folks getting transplants and chemotherapy patients for example. We need better therapeutic agents that can be used in these very vulnerable populations,” said co-author of the study Dennis Wright, PhD, professor of medicinal chemistry in the School of Pharmacy at the University of Connecticut.

“Right now, the therapeutic agents that are out there aren’t terribly effective in terms of being able to treat all the viruses, and many of them have a significant dose-limiting toxicities and associated side effects.”Ideally, said Wright, there would be 1 drug that would inhibit the reactivation of all 9 of the herpesviruses. Co-study author Sandra K. Weller, PhD, a distinguished professor of molecular biology and biophysics in the School of Medicine at the University of Connecticut, identified targets that would allow just that. She identified herpesvirus enzymes that require 2 magnesiums for the herpesvirus to replicate. “The majority of drug discovery efforts against herpesviruses has focused on nucleoside analogues that target viral DNA polymerases. We are pursuing a strategy based on targeting two-metal-ion-dependent viral enzymes,” said Weller.

While HIV integrase inhibitors have been reported to inhibit replication of herpesviruses, the researchers found the integrase inhibitors exhibited weak overall anti-HSV-1 activity. However, the researchers found that 8-hydroxyquinolones displayed strong antiviral activity against both HSV-1 and CMV and could inhibit 1 or more of the 2 metal ion-dependent enzymes. This opened up the possibility of potentially developing dual-targeting agents against herpesviruses. (ANI)