Soup Kitchen warms hearts of the homeless during pandemic 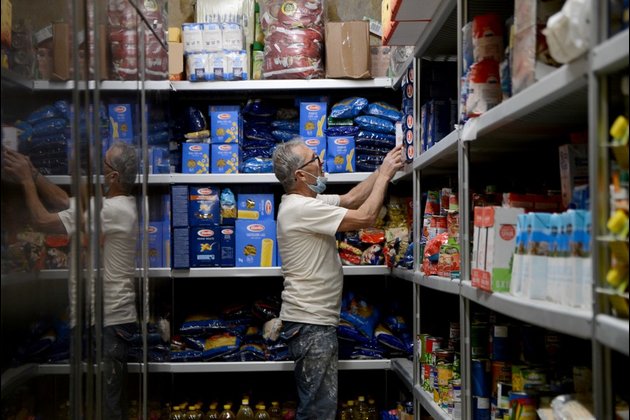 The Soup Kitchen opened its doors last August, during the height of the coronavirus pandemic. Since then, it has served more than 30,000 meals to 8,600 people. The food is donated by companies, schools and individuals.

VALLETTA, Jan. 28 (Xinhua) — Chicken legs, fish fillets, potatoes, carrots, desserts, fruit… At 12 noon sharp, a sumptuous lunch is served to people lining up in a dining room located in a 16th-century building in Malta’s capital Valletta. A sign there says “Wait to be served.” They are all homeless and hungry.

The Soup Kitchen opened its doors last August, during the height of the coronavirus pandemic. Since then, it has served more than 30,000 meals to 8,600 people, an estimated 90 percent of whom are Maltese nationals. The food is donated by companies, schools and individuals.

“We treat them all as guests. We offer them dignity. Our motto is ‘life with dignity’ because we believe everybody has the right to education, shelter and health,” said Marcelino Micallef, 64-year-old director of the Soup Kitchen.

The pandemic has changed the life of Malta’s homeless and other vulnerable population in a major way. The social distancing requirement has forced them into involuntary isolation and sourcing food, medicine and other necessities have become an uphill task for them.

“The Soup Kitchen was opened at just the right time for these people,” Micallef said, adding that “We are happy to provide some respite to the hungry, giving them dignity and helping them through their difficulties.”

An estimated 700,000 people sleep rough each night in Europe, 70 percent more than a decade ago, according to a survey published by Eurostat, the statistical office of the European Union (EU), in May 2021.

Since the outbreak of the pandemic, Micallef said, the needs of Malta’s homeless and vulnerable people have increased “exponentially.” Charities like the Soup Kitchen are in dire need of help, but the pandemic-related social restrictions make it very hard even for volunteers to help out.

“It’s a strain on the system in general, which makes it extremely hard to operate a charity. No wonder we always appeal for help and assistance,” he said.

To prevent people suffering from hunger because of the health restrictions, the kitchen always prepares meals in take-away boxes for the unvaccinated, who are not allowed to enter the premises.

“They cannot be forgotten,” Micallef said.

The Soup Kitchen is run by two full-time employees, one of them is a chef. It is also helped by a roster of almost 90 volunteers, including two barbers and a psychiatrist. There are showers where the clients can freshen up, and even laundry service, so they can wash their clothes while they fill their stomachs.

Angela Scerri, a volunteer, said she enjoyed her time in the Soup Kitchen. “It’s a community,” she said. “We try to help them find accommodation or a job, or just keep them company.”

“Most of us are volunteers, and we do our job with love. A lot of love,” Scerri added.

At the Soup Kitchen, two lawyers offer free legal aid for these people. And volunteers even help find jobs for the unemployed. So far, 12 clients have escaped from the dole with their help.

One client, who preferred to remain anonymous, said he had lost everything – his family, job and friends – to drug addiction. Fortunately, he has started a drug rehab program and with the help of the Soup Kitchen he found a job.

Donations to the kitchen come not only in the form of food or cash. According to Micallef, a company has recently donated a dozen water heaters, which were installed in people’s houses. Another company mounted solar panels on someone’s roof, so now he has electricity even in winter, while other companies donated white goods, such as microwaves.

The Soup Kitchen’s latest project is to turn a disused property next door into a shelter for the homeless.