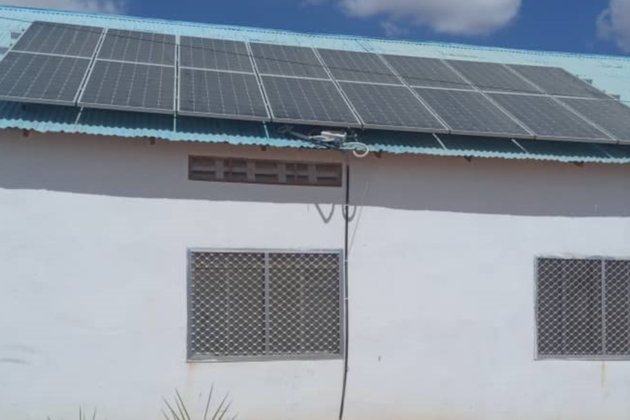 DHUSAMAREB, WASHINGTON – The installation of a solar-powered medical oxygen system at a hospital in central Somalia is proving effective in saving lives, Somali and World Health Organization doctors said.

The innovative solar oxygen system, the first of its kind in Somalia, was installed at Hanaano hospital, in the central town of Dhusamareb a year ago. Doctors say the system is having an impact and helping save the lives of very young patients.

“This innovation is giving us promise and hopes,” says Dr. Mamunur Rahman Malik, WHO Somalia Representative.

Malik says 171 patients received oxygen at the hospital from the solar-powered system from February to October last year. Of these 163 patients (95.3%) fully recovered and were discharged from the hospital. Only three patients died, and five other patients were referred to other hospitals.

Malik said every year some 15,000 to 20,000 deaths occur in Somalia among children under five years of age due to pneumonia. He says pneumonia is the deadliest disease among children under the age of five in the country. Until now, health authorities had not had access to an intervention that could reduce deaths from childhood pneumonia.

Dr. Mohamed Abdi, the director of Hanaano hospital, said the innovation is making a difference.

“It has helped a lot, it has saved more than a hundred people who received the service,” he told VOA Somali.

“It was a problem for the children under one year and the children who are born six months to get enough oxygen. Now we are not worried about oxygen availability if the electricity goes out because there are the oxygen concentrators.”

A photo of the oxygen concentrator which is used to provide oxygen to the patients at Hanaano hospital, in the central town of Dhusamareb, Somalia, Jan. 20, 2022.

Abdi said it was difficult for doctors to save the lives of children born prematurely at the hospital before the installation of the system. The new system helps maintain high oxygen saturation levels of patients.

Abdiaziz Omar Abdi was a child admitted to the hospital on January 16 with severe pneumonia and was struggling to breathe normally. The oxygen rate in his body had dropped to 60%, Abdi said.

Doctors immediately put him on oxygen along with ampicillin and dexamethasone medications. When discharged three days later, he was breathing normally. His oxygen was up to 90%.

“Now he is breastfeeding. He is feeling well.”

Abdiaziz received the treatment at no cost to his family.

Malik said the oxygen is being used to treat a wide range of medical conditions – asphyxia, pneumonia, injuries, trauma, and road traffic accidents.

A photo of the controller which is the battery bank where the power is stored at the Hanaano hospital, in the central town of Dhusamareb, Somalia on Jan. 20, 2022. (Abdiwahid Moalin Isak/VOA)

“We have seen in other countries that use of solar-powered medical oxygen (if applied in a timely manner) can save up to 35% of deaths from childhood pneumonia,” he said.

Malik said if this innovation is used widely in Somalia, it can save the lives of at least 7,000 children who die “needlessly” due to pneumonia.

The initiative to install bio-medical equipment that uses solar energy at Hanaano hospital emerged during the height of COVID-19 in 2020, at a time when people were dying due to respiratory problems. Hospitals were unable to keep up with the amount of patients and the cost of a cylinder of oxygen rose to between $400 to $600.

“At the beginning of this pandemic we have seen that only 20% of hospitals or health facilities in Somalia had access to limited, very limited supply of oxygen,” Malik said.

“If you look at the current situation, as of today Somalia needs close to 3,000 or 4000 cubic meters of oxygen per day. So, oxygen was the biggest need in all the hospitals.”

Doctors said the solar system can also provide electricity to hospitals that need it. Solar power can also help provide energy for refrigeration needed to store vaccines or drugs at a low temperature, doctors said.