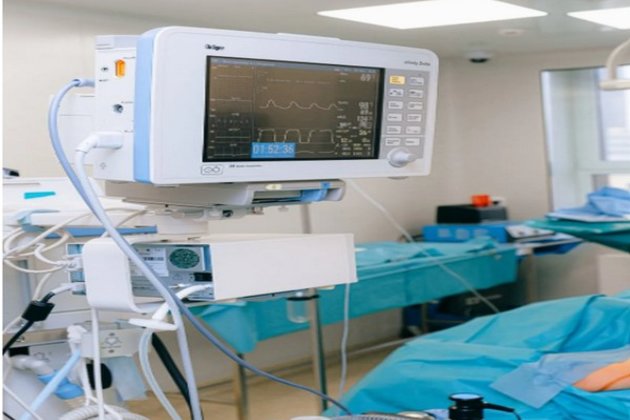 Ottawa [Canada], January 24 (ANI): Remdesivir had saved many lives during the deadly second wave of COVID-19. Now, a new research has revealed that Remdesivir, when compared with the standard of care for COVID-19, reduced the need for mechanical ventilation in hospitalised patients.

The study was a Canadian Institutes of Health Research-funded sub-study of the global World Health Organization Solidarity trial examining the effects of various treatments for COVID-19. In the CATCO trial, which involved 52 Canadian hospitals, Canadian researchers studied the effect of remdesivir in hospitalized patients with COVID-19 between August 14, 2020, and April 1, 2021.

There were 1282 patients included, with about half randomized to receive treatment with remdesivir and the rest to the control group receiving standard care. Evidence had been mixed on the effect of remdesivir, a repurposed antiviral medication, in people with COVID-19.

The Canadian trial, led by researchers at the University of British Columbia and Sunnybrook Health Sciences Centre, found that among patients not receiving mechanical ventilation at the start of the study, the need for mechanical ventilation arose for 8 per cent of patients receiving remdesivir compared with 15 per cent of those receiving standard of care. In addition, patients treated with remdesivir were able to come off oxygen and ventilators sooner than those receiving standard care.

“The benefit of treatment was most apparent for preventing the need for mechanical ventilation, suggesting probable added value for patients with less severe disease to avoid progression during hospital stay,” wrote Dr Srinivas Murthy, University of British Columbia, with the co-authors.

“This may have important implications for patients and for health systems, particularly when ICU capacity, mechanical ventilation or oxygen are in limited supply,” he added.

The CATCO trial was able to collect more detailed data than some other countries, as well as engage patients across a range of ethnicities, which was particularly important for applications in other countries and in the multicultural society that people live in. The study was also the largest single-country trial of remdesivir reported to date.

These results added to the larger global trial around how remdesivir could be used in other countries.

“The findings of CATCO are also important and complementary to Solidarity as they help to address questions of generalizability of a large simple protocol carried out across a wide range of hospitals and health care systems from low-, middle- and high-income countries,” the authors concluded. (ANI)