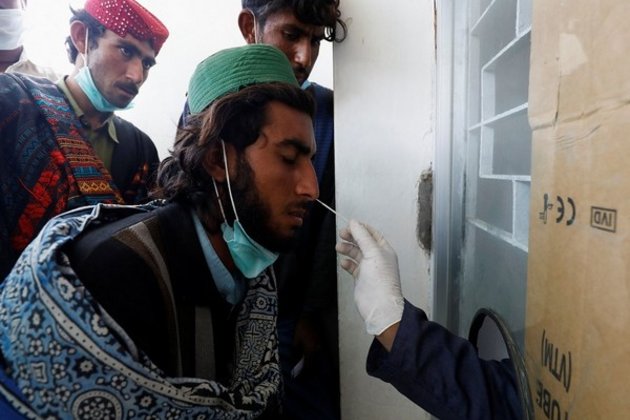 Geo tv reported that the coronavirus positivity rate, meanwhile, is still over 10 per cent for the eighth day in a row despite a slight decline recorded in daily numbers during the last few days, data by the NCOC showed.

The statistics issued by the NCOC suggested that 7,539 new infections were detected overnight after 63,272 diagnostic tests were conducted countrywide, which placed the country’s positivity rate at 11.91 per cent.

With the detection of new cases, the number of total cases has jumped to 1.393 million. Meanwhile, 25 infected people succumbed to the virus, taking the nationwide death toll to 29,162. The active case count stands at 91,854.

The more people fall prey to COVID-19, the more the number of patients in critical condition grows, as 1,240 patients were said to be in critical care units on Thursday, according to Geo tv.

On Wednesday, Pakistan capital Islamabad reportied1,836 cases, the highest since the outbreak.

Furthermore, 15 more patients of COVID-19 succumbed to the viral disease in the last 24 hours. With this, the death toll has been pushed to 29,137, reported ARY News. (ANI)