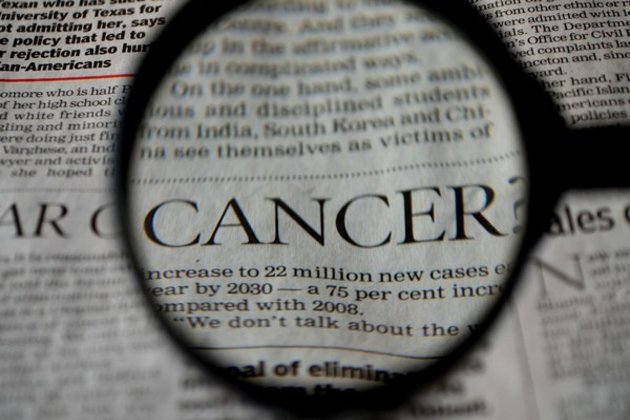 Cambridge [England], January 26 (ANI): If outside factors like exposure to pesticides, smog and pollution weren’t enough, internal factors like faulty versions of the BRCA1 and BRCA2 genes, have now been linked to several other cancers, including those that affect men.

They had previously been known to increase the risk of breast cancer in men and women, and in ovarian cancer.

A study published in the ‘Journal of Clinical Oncology’ has provided the strongest evidence to date of these links and helped researchers estimate more accurately the associated risk.

Since these genes were discovered in the mid-90s, numerous studies have explored possible links between BRCA1 and BRCA2 mutations and other cancers. However, these studies had small sample sizes, resulting in imprecise estimates of cancer risk. Being able to estimate the risks accurately is important for informing cancer prevention and screening strategies and providing genetic counselling to those at greatest risk. BRCA mutations are uncommon, affecting around 1 in 300-400 people in the population.

To further investigate these risk estimates, a team led by researchers at the University of Cambridge, funded by Cancer Research UK, analysed data from almost 3,200 families with one or more members with the BRCA1 mutation and almost 2,200 families with members carrying the BRCA2 mutation. The families had all been recruited to the Consortium of Investigators of Modifiers of BRCA1/2. The researchers examined the associations with 22 primary cancers.

From the data, the researchers estimated that men who carry a BRCA2 mutation had a 27 per cent risk of developing prostate cancer by the time they were 80 years old, more than double the rate compared to non-carriers. BRCA1 mutations were not associated with an increase in prostate cancer risk.

Carrying a defective copy of either BRCA1 or BRCA2 more than doubled an individual’s risk of pancreatic cancer to 2.5-3 per cent by age 80.

The mutations were also found to increase the risk of stomach cancer, though the researchers cautioned that because of the rarity of this form of cancer, the number of patients in their datasets was small.

The researchers were unable to find compelling evidence that mutations were linked to increased risk of some other cancers which were previously thought to be linked to faulty BRCA genes, such as melanoma.

Cancer Research UK said that people who are worried about their risk of cancer should talk to their GP. GPs could refer patients to a genetics clinic if they think someone has a strong family history and might be at an increased risk.

Professor Antonis Antoniou from the Department of Public Health and Primary Care at the University of Cambridge, who led the research, said: “These large datasets of patients have allowed us to estimate with much greater accuracy the extent to which faulty BRCA1 and BRCA2 genes increase the risk of several cancers. We’ve known for some time that they’re linked to breast and ovarian cancer, but there’s been uncertainty about other cancers.”Professor Marc Tischkowitz from the Department of Medical Genetics at the University of Cambridge added: “The link between BRCA2 and prostate cancer and pancreatic cancer is now much clearer, thanks to the data we’ve analysed. We have also identified a potential link with stomach cancer, but this is based on small numbers and needs further study. Our data suggests that there is no strong link between BRCA2 and melanoma, which may provide greater clarity to BRCA2 gene carriers.””Overall, the results will add to our knowledge on optimising cancer screening and early detection strategies for people who are known to carry these faulty genes.”Michelle Mitchell, Chief Executive of Cancer Research UK, said: “Our scientists helped to discover BRCA over 25 years ago and established that faults in these genes increase breast cancer risk. This study has built on that vital knowledge, giving us some important new insights into BRCA genes and the likely risks of developing prostate and pancreatic cancer.””Cancers caused by inherited faulty BRCA genes are relatively rare, and other factors like age, smoking, diet and other preventable factors contribute to a person’s risk,” she added.

“Improving our understanding of how faults in our genes are associated with certain cancers puts us in a much better position to pinpoint those at a higher risk of developing cancer,” she concluded. (ANI)