England deserve medals for going to Australia for Ashes, not criticism: Collingwood 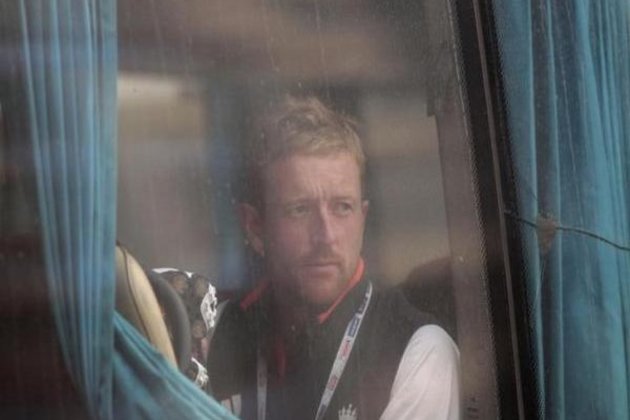 Bridgetown [Barbados], January 27 (ANI): England assistant coach Paul Collingwood has said that he is concerned with the impact bio-bubbles are leaving on the mental health of all players.

Collingwood is currently standing in for Chris Silverwood as the head coach for the ongoing five-match T20I series against West Indies, in which England is trailing 1-2.

“I don’t think people have understood the impact and the effects that these bubbles have had. Going to the Ashes off the back of a tough bubble in Dubai, I think was literally one step too far. You can’t even explain what it’s like until you experience it. The simple fact is you cannot walk out of your front door and as soon as you’re told that you cannot do something as simple as going for a coffee, you are penned in with the same guys. A lot of people will say ‘that must be fun’ and ‘you’ve got a lovely hotel’ but it hits you,” ESPNcricinfo quoted Collingwood as saying.

“Take someone like Chris Woakes, the most loveable and down-to-earth guy. I have seen him in some serious mental states. We have seen Ben Stokes, someone we consider to be the most mentally tough cricketer in the world, being hit by this. I just hope there are no ramifications moving forward because when they come, they won’t be obvious next week or the week after. These are things that might come out down the line. That’s what scares me,” he added.

England had suffered a 0-4 drubbing at the hands of Australia in the recently-concluded Ashes. England had undergone quarantine in Gold Coast and they managed just two days of full match-practice heading into the first Test at Brisbane.

“I reckon if you had given us the best England cricketers in the Ashes from the last 100 years and put them in the same environment that those boys have lived in over the past two years with the preparation that we had going into this Ashes even they wouldn’t have had a chance,” said Collingwood.

“Australia was not bothered that they were going to receive an England team who were mentally fatigued, they just wanted to get the product out there. They just wanted the Ashes. These guys deserve medals, not criticism. They should be told ‘well done’ for even going. It’s the equivalent of the England football team being asked to go to a World Cup, then from that bubble into the Euros. Would you expect a performance from that scenario? It’s ludicrous,” he added.

England suffered a 20-run defeat against West Indies in the third T20I to give the hosts a 2-1 lead in the five-match series. (ANI)